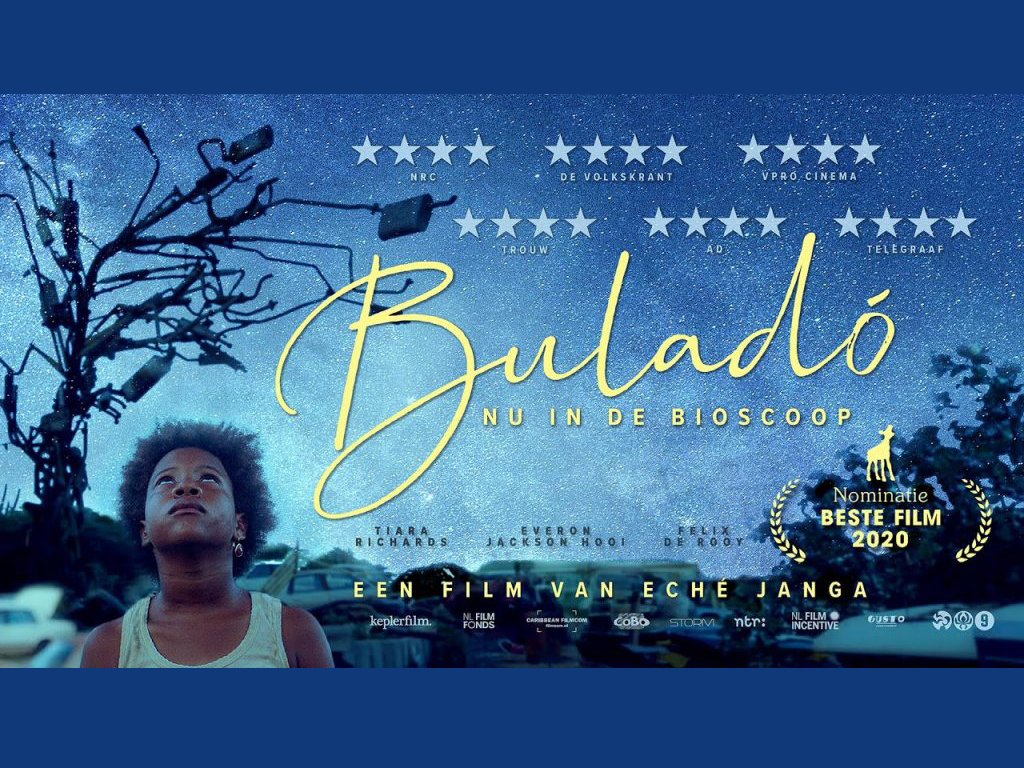 The film produced on Curacao, Buladó, won the prize in the Netherlands, A golden calf, as best film during The Netherlands Film Festival. This film, directed by Eche Janga, is almost entirely in Papiamento. Dutch is also spoken in it.

The lead roles are played by Everon Hooi, Felix de Rooy and Tiara Richards. The theme of the film is: a girl who tries to contact her deceased mother. Netflix has announced that the film is likely to hit their streaming service next year. The girl "Kenza" who is influenced by her down-to-earth father and spiritual grandfather. The two clash on their visions on life.