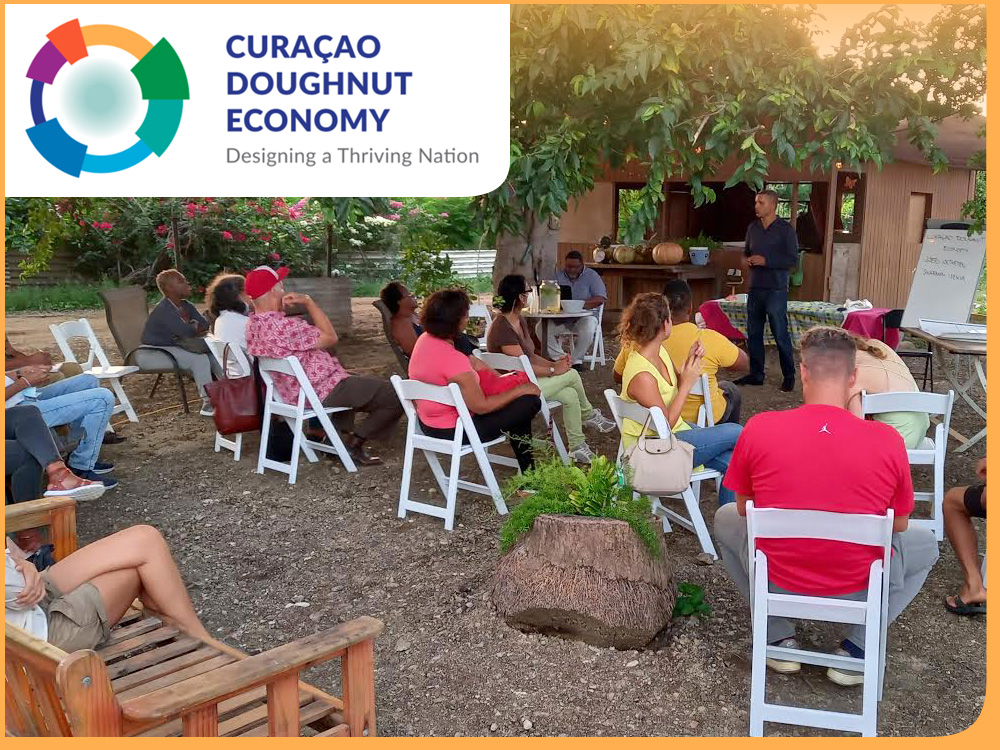 A new movement was started under the name Curaçao Donut Economy (CDE). The movement wants to arrive at a new modern economic model for the island through communication, projects and cooperation. As described on facebook, The Curaçao Donut Economy Taskforce is a think-and-do-tank to explore and use the Donut Economy as a tool for nationwide transformative action on Curacao. A model that not only looks at employment and national income, but also includes other aspects in analyzing prosperity and progress. The movement therefore advocates a holistic approach to our economic pillars.

During a workshop on January 22, 2021 in Hòfi Moringa, the initiators explained what the movement stands for and assignments were carried out with the group to gain more insight into the potential of the island. The aim of the workshop was to help build an inclusive, distributive and regenerative island. Co-initiators of CDE are Joeri Oltheten and Juan-Carlos Goilo. They organize various events on the island to communicate the principles of the donut economy. The movement is linked to the umbrella organization DEAL (Donut Economy Action Lab).