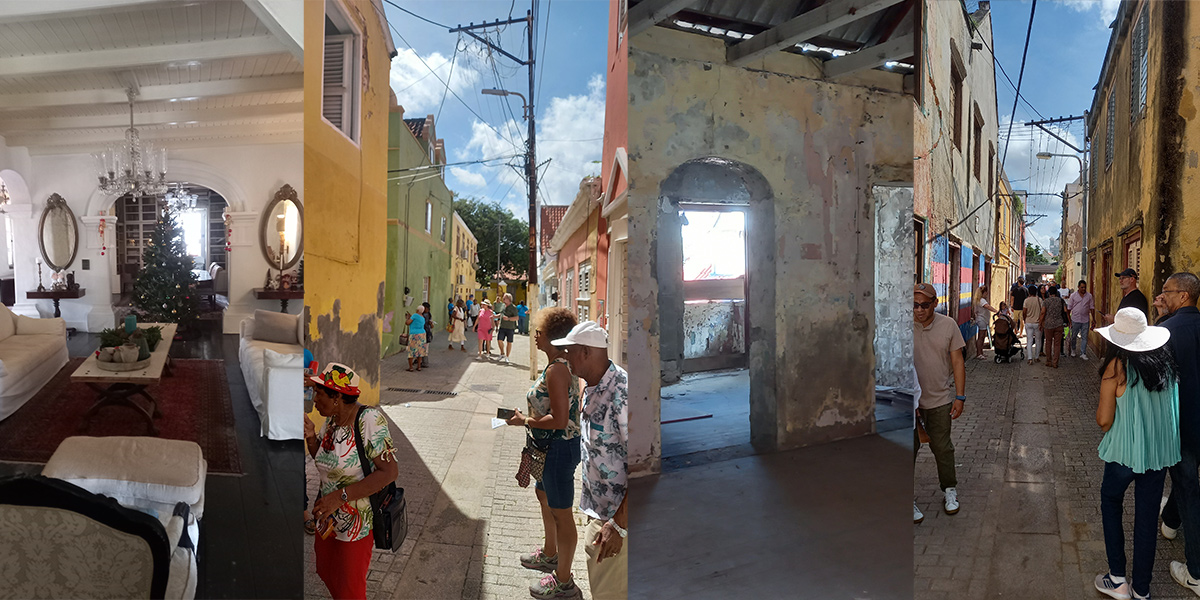 Monumento Habrí is a special event organized by Foundation Pro Monumento. Durin this day people can walk trough a lot of colonial buildings in part of Willemstad. The event organized on December 4th was the 12th edition. central theme was the celebration of the 25th anniversary of Willemstad as a World Heritage City.

In the narrow alleys of this part of Otrabande there were stands with information, music and live performances. Along the way places you could buy food and drinks. It was a busy coming and going of people. More than 30 buildings could be viewed from the inside. The views inside and around the buildings were extraordinary. Curalink captured great photos during that day.

Pro Munumento was formed in 1993. The organization is committed to preserving monumental buildings in the city center. The foundation is managed by volunteers. On that day, stands were also placed in courtyards where the organizations Stadsherstel Willemstad, Monumentenzorg and Monumentenfonds provided information to the public. These entities are actively involved in the development and rehabilitation of parts of Willemstad.